I have arrived! It's been a few days getting settled, exploring and beginning to work in the studio. I am here on King Island, in Bass Strait for the next 5 weeks as an artist in residence on invitation of the King Island Council.

The Council provide accommodation, a work space and a vehicle for getting round the island. The studio is located at Currie harbour, looking out over the jetty and lighthouse. It's pretty speccy!

I received a warm welcome from the community at the Arts & Cultural Centre a couple days after arriving and had the chance to meet several people which was great. I'll be tagging along with the King Island Field Naturalists Club in a couple week's time - we'll be going for a walk at Seal Rocks on the south of the island. I am looking forward to walking and talking and learning more about the island, it's flora, fauna and people.

I have begun exploring around Currie on foot including checking out the lighthouse, Netherby Rocks, British Admiral Beach and the Currie foreshore. I also had a full day out in the car, heading north to Cape Wickham to see Australia's tallest lighthouse - standing at 48m high. I had a great time here scrambling over the rocks beneath the lighthouse, slowly making my way round to Victoria Cove where they used to bring all the lighthouse supplies ashore before road transport took over. The light was manned until 1989, when it became a fully automated service.

I then headed north east round the coast to Disappointment Bay where I walked round to Rocky Point until the March flies became too bad and I decided to head back. They are in plague proportions at present and as soon as you get out of the wind they descend with ferocity. Trying to sit and draw is an impossibility! Even walking and moving along, they can still be annoyingly persistent. From a distance it must look like I'm doing some strange kind of tai chi, yoga-like kung fu trying to fend them off!

One of the local ladies called in to the studio and gave me a herbal home brew repellent spray to try - let's hope that works. 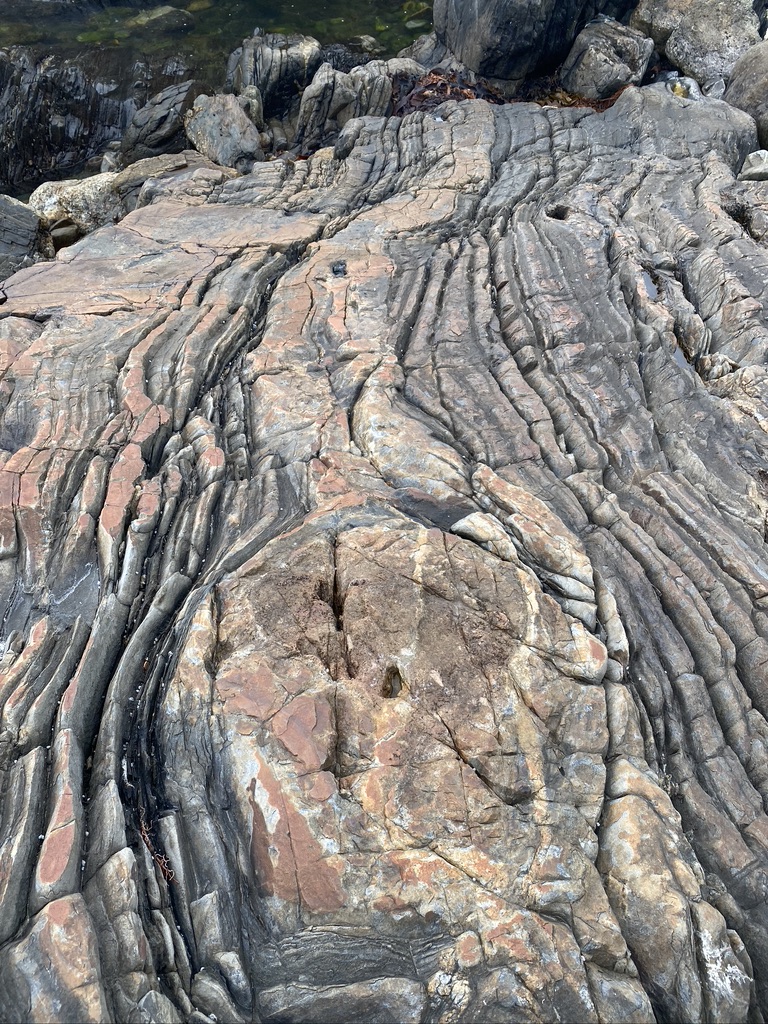 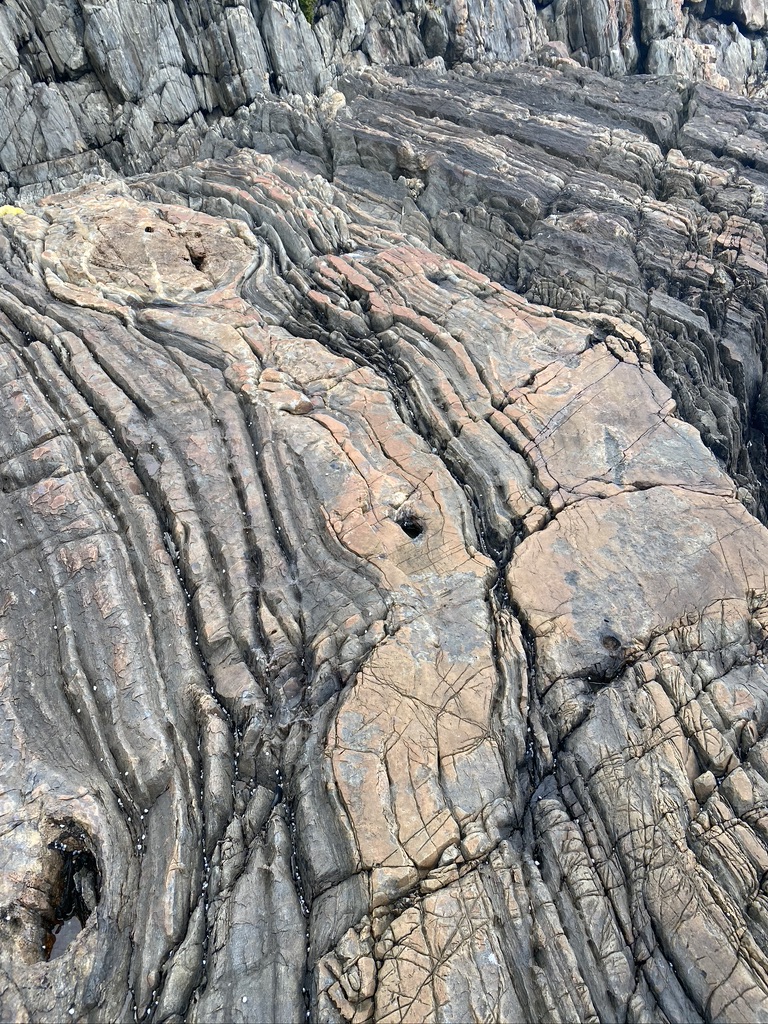 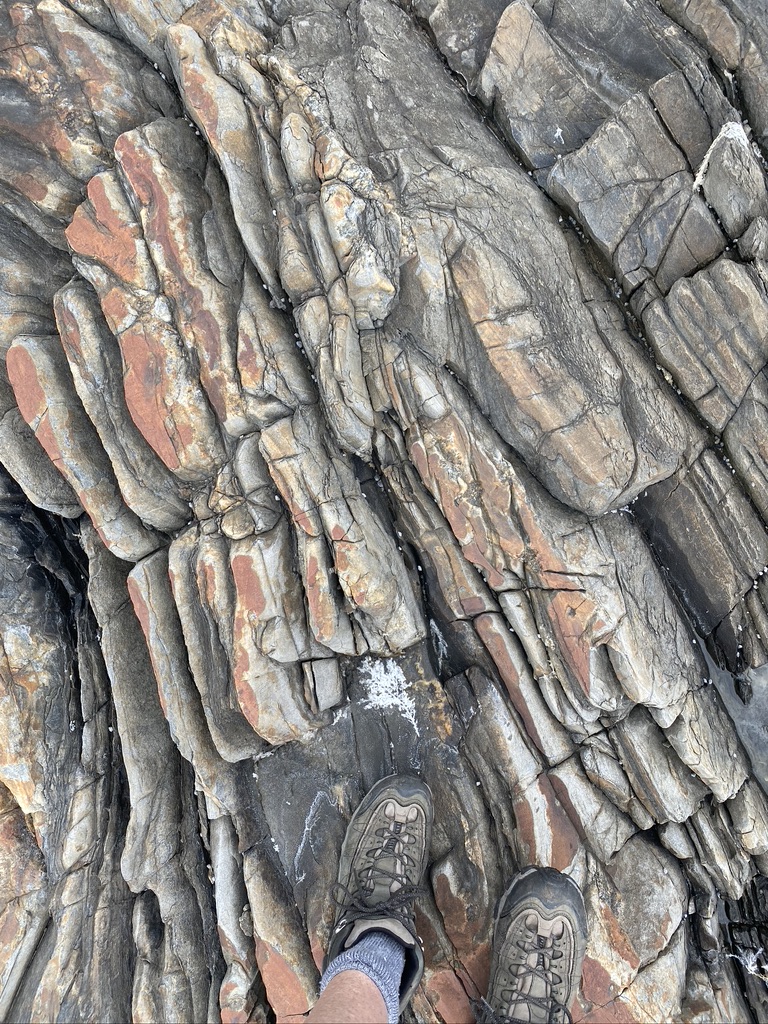 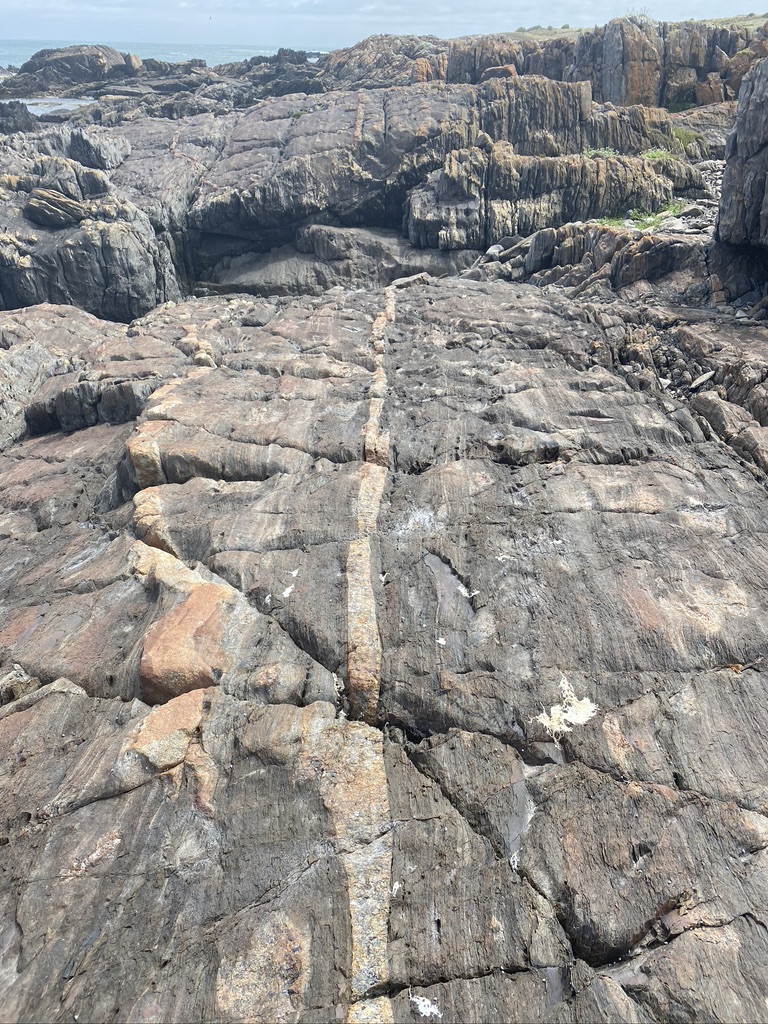 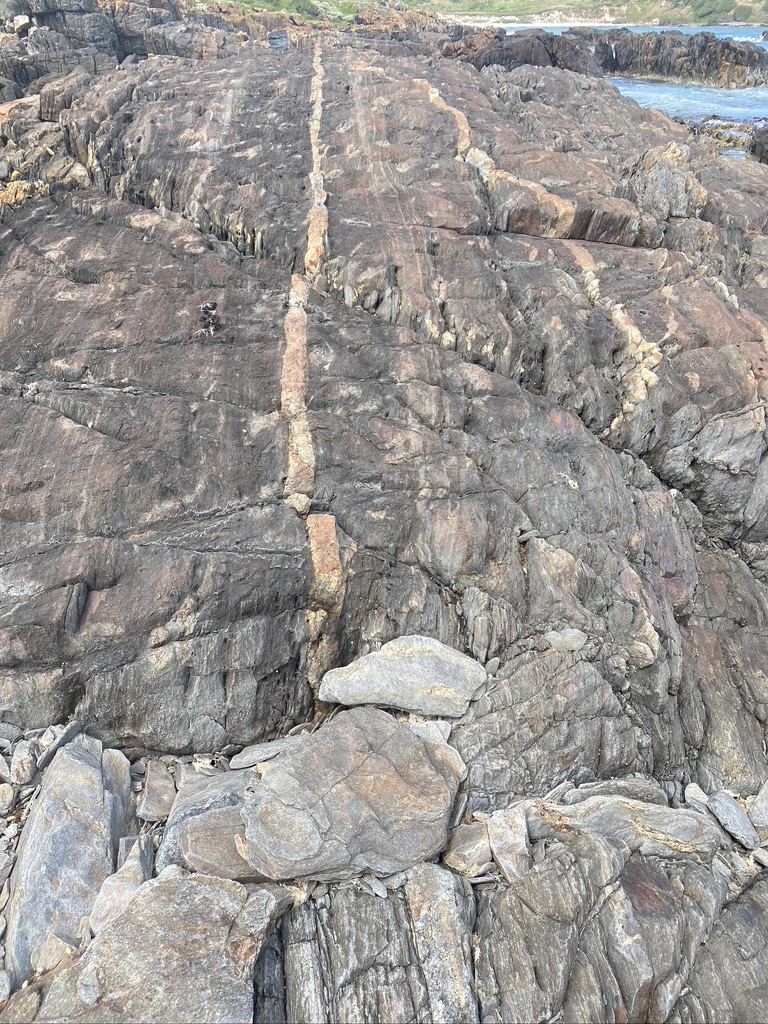 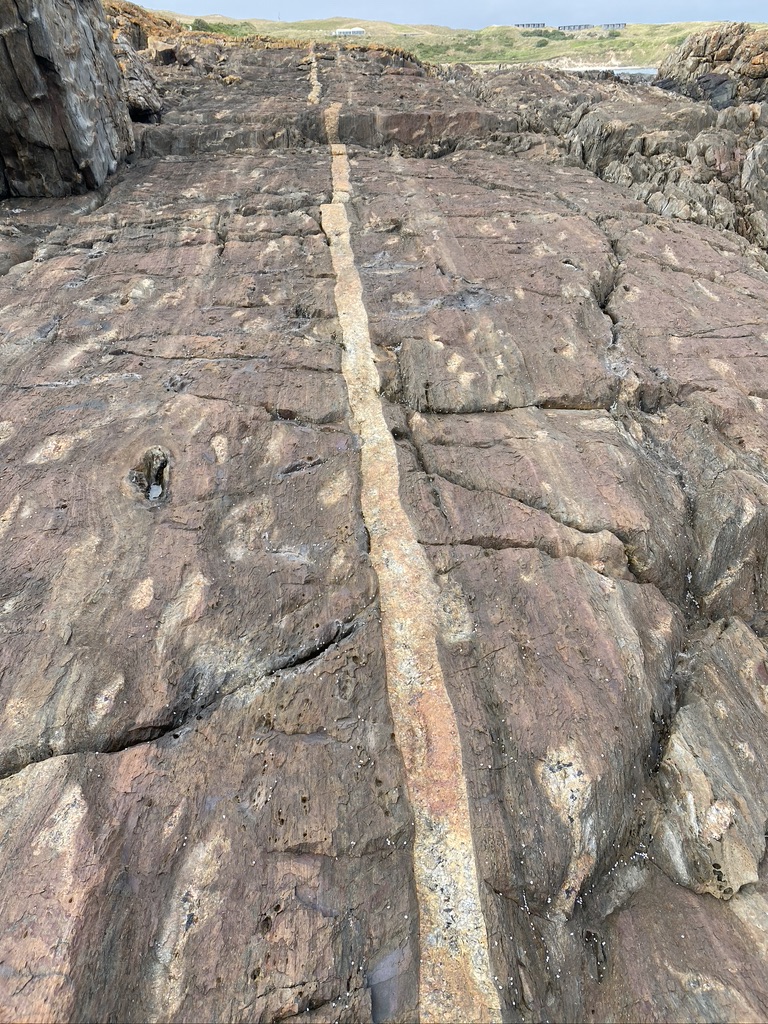 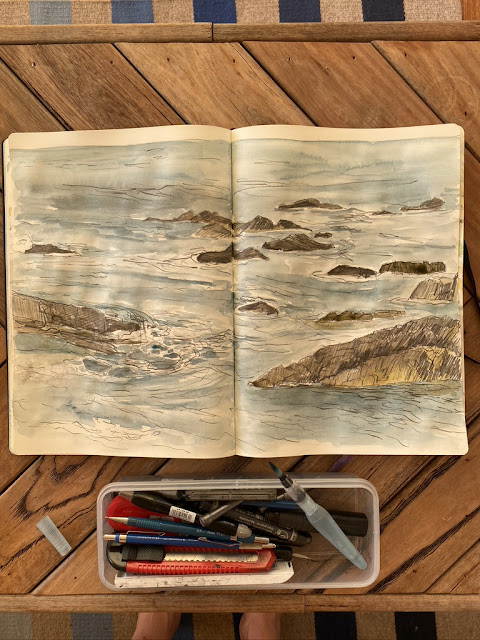 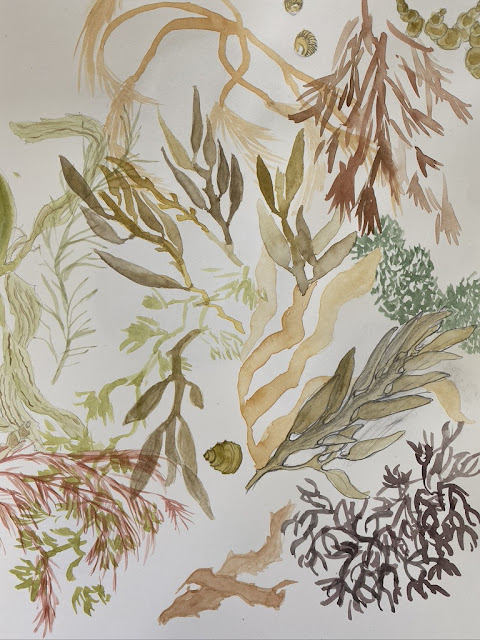 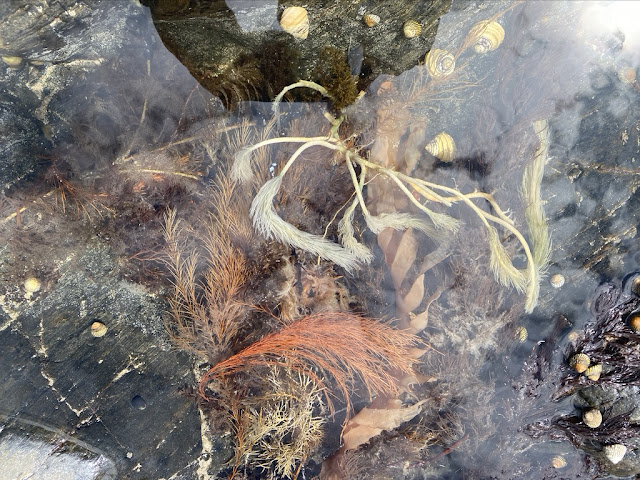